Rakovník
The town of sights and art

Although the proverb “Where is nothing, neither death takes“ comes from Rakovník, it doesn´t have anything in common with the town´s attractions, it only reminds of an interesting story of the citizen of Rakovník Heřman Sklenář who lived there at the turn of the 15. and 16. century and was said to look like death itself. His house still stands in Rakovník and belongs to many other attractions. This town, which has a red crayfish in its emblem, became famous thanks to the historical stories of the writer Zikmund Winter, the white Otta soap, the RAKO ceramics and thanks to beer which is according to a Renaissance ode as exceptional as one pope in Rome, one tower in Cremona and one port in Ancona.
In Rakovník no admirer of historical monuments forgets to visit a wooden belfry from the 16. century in the old cemetery which the writer Zikmund Winter described as “something between a Chinese pagoda and a Czech ancient wide dove-cot“. Of course there are other architectural and art jewels and that´s why the historical centre around the large Husovo Square became a zone of monument preservation. During only one hour of walking you will see several remarkable sights which belong to the first pages of every good book about the jewels of Czech historical towns as well as many other sights standing in the background and disclosing their beauty (which is often connected with an interesting story or legend) only when you look closer at them.
Rakovník is proud of its two gothic gates of the town´s medieval fortification – The High Gate and The Praque Gate. The first one which is rightly called High is over forty metres tall and was once used by the “winter king“ Bedřich Falcký who overlooked the army´s position preparing for a fight near Rakovník. This battle was followed by the fatal one on The White Mountain in November 1620. The second gate – The Prague Gate is called “farmer´s wife“ because of its square-built shape. Through this gate you enter the most impressive part of historical Rakovník which leads from this gate to Husovo Square. This journey leads along St. Bartholomeus Church which was adjusted according to the principles of new Gothic by the architect of St. Vitus Cathedral in Prague Josef Mocker at the end of the 19. century, along the ancient wooden belfry with the emblems of the town´s guilds, along the baroque palace in which the Cistercian monks used to rest during their journeys to Prague and in which you can nowadays see the historical and natural historical collections of the T. G. M. Museum and along the so called Mayer´s house in which the writer Jaroslav Maria (1870–1942), the author of many scandalous novels about justice, diplomacy and aristocracy, lived.
The TV series about Czech towns introduced Rakovník also as a town which can be proud of several buildings by prominent representatives of modern Czech architecture from the end of the 19. and the first half of the 20. century František A. Libra (the autor of The Town´s Bank, the monument of the opera singers brothers Burian and the business school building) and Otakar Novotný (the author of The Sokol house and Lexa´s residence).
In this town you can also see many busts, statues, memorial plaques and portrait reliefs of important personalities linked with Rakovník: the writer and historian Zikmund Winter (1846–1912), the excellent viola and violin maker Jiří Herold (1875–1934), the actor Zdeněk Štěpánek (1896–1968), the Czechoslovak hero major-general in memoriam Josef Kholl (1914–1944), the actress Otýlie Beníšková (1882–1967) or the factory owner František Otta (1848–1939) whose factory produced the famous white soap with crayfish. Other personalities who were born in Rakovník or were connected with this town still wait for a similar honour but the town´s guides can at least lead you to the houses in which they lived (the house of the world famous stamp engraver Bohumil Heinz /1894–1940/, the above mentioned writer Jaroslav Maria), their graves (the poet Václav Kropáček /1841–1864/, the painter Joža Král /1877–1914/, the most important West Bohemian architect of the 20. century Hanuš Zápal /1885–1964/) or works (the remarkable picture of Pieta which is put together from the ceramic mosaic RAKO by the painter Jano Köhler /1873–1941/, the statues by Josef Fojtík /1890–1966/).
The monumental memorial of the opera singers Karel and Emil Burian with the funeral urns of these famous brothers is of special importance among the other memorials of famous personalities of Rakovník. The older brother Karel (1870–1924), who was born in Rousínov near Rakovník, was one of the most famous opera singers in the world at the turn of the 19. and 20. century. 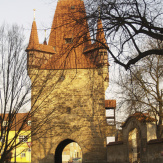 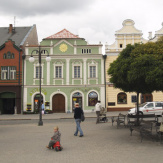 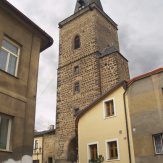 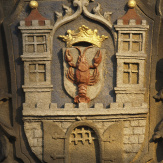 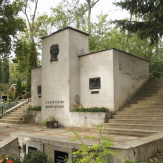 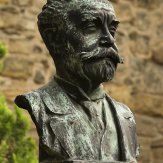 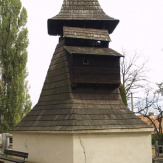 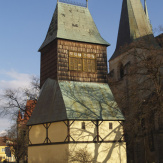 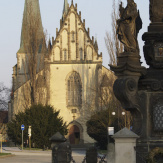 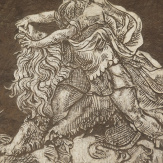 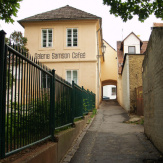 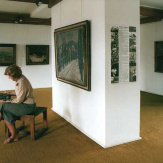