<Back to The Jesenice Region

The Jesenice Region
Places like in a fairy tale

“My song becomes silent here“ – the great Czech poet Jaroslav Vrchlický wrote this about the Jesenice region, the highlands around the ruins of the castle Petrohrad. This region became a natural park thanks to its unique landscape in 1994. It is full of woods which often look like the woods in northern countries, stones and romantic wood ponds, small monuments, mysterious legends as well as big archeological findings – the most famous is the treasure from Tlesky: a jug with four hundred glass circles which were used instead of money in the Middle Ages. This treasure was found in 1960s.
When you look at this treasure, which is exhibited in the museum of homeland study in Jesenice, you can daydream easily: “What is it like to find something like this?“ We will tell you where to find the exciting answer to this question: According to an old story this treasure worth half the kingdom is hidden near the village Jesenice, in the woods surrounding the hunting folly Saint Hubert, under a stone with glyptic symbol of the left hand. Many have already looked for this treasure but nobody has been successful so far. Who knows, maybe it will be exactly you who will succeed.
If it is not only gold you are looking for, you will find many other treasures in the Jesenice region: Mysterious peace crosses, several hundred year old memorable trees, forest creeks so charming that you think you have just become part of a fascinating fairy tale… On the hillsides and in the rocks a good observer will find orifices of dark adits and entrances into narrow caves. It is said that they used to be the home of dwarfs. This is a legend but the truth is not less attractive: The adits and caves remind us of a long extinct tradition of gem mining and that´s why the Jesenický Brook used to be called the Golden Brook. Today you can still find small golden flakes here and there.
At the turn of the 19th and 20th century the Jesenice region became famous for granite mining which was among others used for building the monument of Marie Terezie in Vienna or the bridge of the emperor František Josef I. in Prague. Tens of once busy quarries are quiet and deserted today, often flooded and hidden in the woods. They have become valuable natural localities and a favourite destination of romantic trips, especially the quarry near Bedlno with a twelve meter high cliff and Rusalčí jezírko (The Fairy´s Pool) which was named after the film adaptation of the opera Rusalka (The Fairy) by Dvořák which was shot here in 1970s.
Tourists started to discover the Jesenice region already in the 19th century because they found many interesting places here – starting with the ruins of the medieval castle Petrohrad standing on the hill of All Saints above the large Petrohrad chateau which used to be an ostentatious seat of the counts of the Černíns from Chudenice. From the time of this family´s rule also comes the above mentioned hunting folly St. Hubert which is ingeniously built on the intersection of eight forest paths which the hunters used for watching the deer. Nowadays the forests around St. Hubert are a paradise for mushroom pickers.
There are no great monuments in this region, its charm lies in baladic, poetic mood which is influenced by the sad history of this region in the former German part of Bohemia called Sudety because it experienced probably all wars in the Czech history. This region is as mysterious and beautiful as the pictures of landscape by the old painters from the Netherlands and you can easily ask yourself: “Is it still reality or am I dreaming?“ Was it only a poet´s fantasy when Jaroslav Vrchlický wrote about this region: “From the slopes the evening wind was blowing mysterious tidings that God with his creative plans appeared above this valley, saw his work and appreciated it.“ Or maybe this poet, travelling through this region, heard in the wind the echo of the story about God who, after he created the world, wandered with his angels through this countryside and is said to spend one night in the Jesenice region too? God with his angels slept on a stone near Soseň which is still called God´s Stone and still has the prints of the heaven´s creatures´ bodies. Is it true or would you rather believe that the remarkable shape of this stone is the result of nature´s power working for thousands of years? 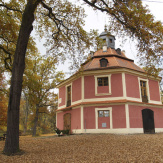 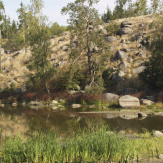 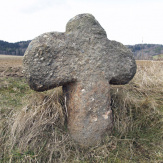 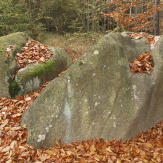 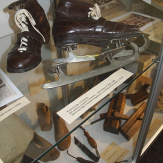 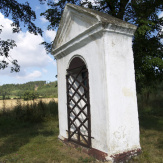 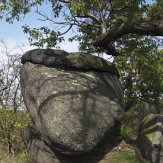 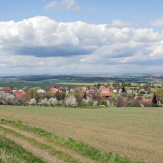 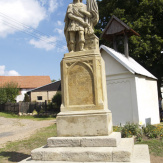 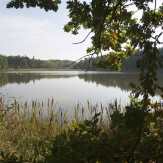 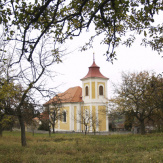 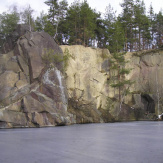 <Back to The Jesenice Region upward