Džbán
The region of mysterious stones, Celts and lost souls

In 1994 the Džbán highlands became a natural park thanks to the exceptional and well-preserved landscape. It is an interesting place for lovers of secrets and mysteries because of the well-known stone rows by Kounov. This prehistoric site is called “the most mysterious place in the Czech Republic“. Why did anyone set together these almost hundreds of meters long, parallel lines from stones of various sizes which weigh up to several hundreds of kilograms still remains an unanswered question. Who knows if this site which extends on an area of about fifteen hectares is an astronomical calendar or a ritual meeting place where people invoked sun and rain several thousand years ago.
The key to the secrets of the stone rows can be hidden in a near-by holy shrine which is said to be built on a place where saint Vojtěch prayed successfully for rain for the dry surroundings and where he inverted pagans into Christians. The truth can be also found in one of many local legends which contain traces of traditions and mythology of Slavs, Germans, Celts and other nations that settled in this area in the past as it is proven by numerous archeological discoveries including the fascinating discoveries from the mythic site of the ancient settlement Dřevíč, a quarter million years old hand-axe from Mutějovice or the world-known head of a Celtic druid from arenaceous marl created by an unknown Celtic artist in the third century BC and found by Mšecké Žehrovice in 1943. In this region there are large, mostly beech forests, deep valleys, table hills and precipices from arenaceous marl (the largest one is two kilometres long and about forty meters high) together with geometrically regular hop-gardens, red earth in the fields and villages with unique architecture of the houses which are built from arenaceous marl and decorated with details from fair-face brickwork. Your imagination will have no time to rest – there are fabulous ruins of castles, villages which disappered a long time ago hidden in the woods, devil´s stones, dark and funny tales about the spirits of Džbán – the cursed forester Priknhér, the generous Red Ash Lady, the cunning little ghost Brunclík, the treasures, the fiery barrels rolling from the slopes of Džbán during dark nights or the legends about dragons which originated in ancient myths about hordes of enemies rushing into the heart of Bohemia from the north and brave bordermen who stood against them bravely on the peaks of Džbán. Can you hear them blaring their warning? The dragons are flying!
Maybe these stories about brave bordermen from Džbán inspired little Jan Žehrovský from Kolovrat to draw his sword and fight for the first time at the family fortress in Mšecké Žehrovice a few centuries later. This first fight started a long series of legendary victories of this renowned knight called “Czech Achilles“ whose great deeds were retold in the novel “Z Čech až na konec světa (From Bohemia to the End of the World)“ by Antonín Jirásek. Who knows if the leaders of the peasant uprising described in the historical novel “Bludné duše (Lost Souls)“ by Václav Beneš Třebízský, which takes palce in Džbán during the rule of the emperor Josef II., weren´t of the same blood as the bordermen.
Džbán ispired many other writers, poets and painters, others created their most famous pieces here – above all the specialist writer Jan Evangelista Chadt-Ševětínský, the author of several essential writings about Czech forestry and about the first memorable trees in the Czech lands. Remember him when you sit under the memorable beech near Mšecké Žehrovice where also the actor Luděk Munzar used to sit as a guide of the TV series Pamět´ stromů (Trees´ Memory) and told the viewers: “I have been afraid of too much beauty that I would experience during this shooting since its very beginning. And here it is… For example this beech on a meadow behind Mšecké Žehrovice. Most experts consider it to be the most beautiful beech in our country.“ 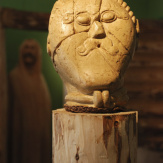 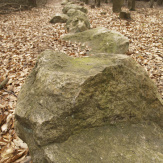 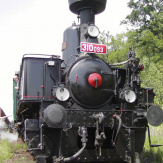 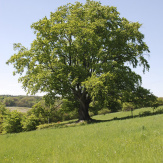 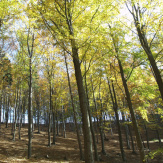 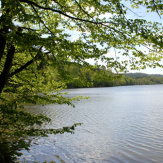 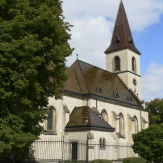 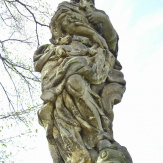 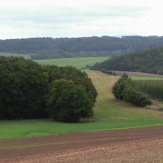 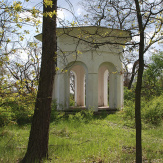 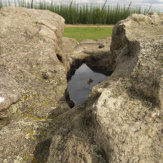 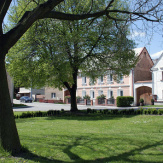