<Back to The Hop Region

The Hop Region
Hop is more than just beer spice!

We say “tall as a hop pole“ and in The Rakovník Region you will find out how tall this hop pole actually is. The Rakovník Region has the tradition of growing hop, a beer spice which gives the beer its unmistakable scent, bitter taste and prolongs its durability. In this region hop is grown on more than 1400 hectares which is the quarter of all hop gardens in the Czech Republic.

Geometrically regular fields of hop gardens consisting of hundreds and hundreds of big, up to seven metres tall upright beams which are tightly embedded into the soil and put together at the top by a wire net to which the conducting wires are tied every spring. In every season you can be impressed by the hop climbing up towards the sun, something you can barely see anywhere else in the Czech Republic because there are only four hop areas there. Hop growing has been a tradition in this region for hundreds of years and the hop from Rakovník has always enjoyed the best reputation and has been the synonym of the best quality. In the 16th century this town started to mark the hop´s origin, which is quite common nowadays, to avoid counterfeiting less quality kinds of hop from other areas with the excellent hop from this region.

Thanks to the musical “Starci na chmelu“ (about students picking hop) almost everybody knows what the famous ´hop romance´ means. Picking hop had been charming long before one students´ summer job which brought together two film lovers in jeans (which were called ´texasky´) Hanka and Filip. It had begun when hop, which is also called “the green gold“, started to be grown in quantity. In the second half of August, which is the usual time of hop crop, there were crowds of people from near and far coming into the hop villages to help picking the hop in a short time slot when hop is of the best quality. These ten to fourteen days of hop picking became a captivating ´microcosm´ with own rules, specific way of living, language and habits.

Since 1940s it had been mainly the students coming to pick hop and the coming half century brought the incomparable phenomenon of ´hop summer jobs´. Special trains and buses brought up to 30 thousand young people to this region every year. At the weekends the relatives of these students were coming to help them.

The hand work has been replaced by machines but the charm of hop picking has not disappeared. The wide green fields of hop gardens and the bitter smell of full-grown hop remained and you can still find opportunity to pick some hop. And during hop picking you will surely like to drink some beer. It is pleasant to drink the hard work down with beer from this region – either from Krušovice or the excellent beer from Rakovník which has been praised as the real unique beer by beer lovers and in the 16th century an unknown poet wrote that this beer was as unique as one pope in Rome, one tower in Cremona and one port in Ancona. 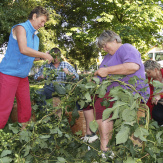 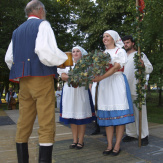 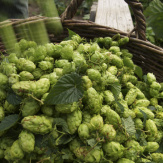 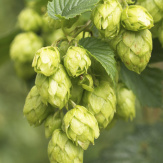 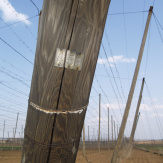 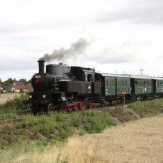 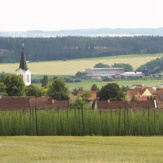 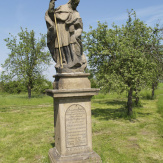 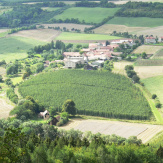 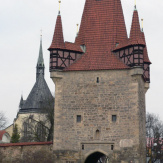 <Back to The Hop Region upward