<Back to The Křivoklát Region

Christmas 1100 was the last one for prince Břetislav II. from the ruling kin Přemyslovci. When he was coming back from the hunt in the woods around Křivoklát, he was attacked in the hollow way near Zbečno by the murderer Lorek who was hired by the enemy kin Vršovci. Břetislav II. died in two days. On the spot, where according to the legend Lorek stabbed the prince, people built a village chapel which still stands there.
The Přemyslovci kin did not lose their love for the Křivoklát region after Břetislav´s violent death, though. It was probably the king Přemysl Otakar II. called “iron and golden“ who built a small hunting castle above the Rokytka Brook which is called the Rakovnický Brook today. Thanks to the next generations of Czech kings this hunting castle became the magnificent Křivoklát castle – a pearl in the crown of Czech sights, a jewel of gothic architecture and the stage of famous historical stories: the birth of Markéta, the first daughter of the later emperor and “country´s father“ Karel IV. (Charles IV.); the secret love of the prince Ferdinand Tyrolský and the beautiful merchant´s daughter Filipína Welser or the jail of the English alchemist Edward Kelly and the bishop of Bohemian Brethen Jan Augusta who spent in the feared Křivoklát´s jail long 16 years.
Before the Czechoslovak state bought the castle in 1920s, it had belonged to the aristocratic Fürstenberk kin. During that time the Křivoklát region had flourished. There are many things that still reminds us of the Fürstenberks – the most important ones are the endless forests (the Fürstenberks employed many of the best specialists of their time who took care of these forests), the monumental memorial of the prince Karl Egon II. of Fürstenberk and the Křivoklát castle itself which the Fürstenberks built again from the ruins that remained after the great fire in 1826.
Originally the castle in Lány also belonged to the Fürstenberks property together with Křivoklát but in 1921 they sold it to the Czechoslovak state as the future summer residence of the first Czechoslovak president T. G. Masaryk. The castle officially became the president´s summer residence the same year because the president T. G. Masaryk fancied the Křivoklát region as much as the Přemyslovci kin did almost a thousand years earlier. Lány was the second home for T. G. Masaryk and after his abdication he spent there the rest of his life and he is buried there together with his wife Charlotte, his son Jan and his daughter Alice.
One of the last Masaryk´s trips from Lány lead to the castle Krakovec in March 1937. At this castle Master Jan Hus spent several months in 1414 and there he also wrote his testament awaiting his martyr´s death before he went to Kostnice. This gothic castle, called the last castle in Bohemia for its exceptional architecture, became desolate after a fire at the end of the 18th century. It wasn´t a proud aristocratic residence anymore but it started to attract romantic souls including the poet K. H. Mácha who visited Krakovec among the other old castles of the Křivoklát region. He didn´t visit Jinčov – the smallest royal castle in Bohemia but he twice visited the ruins of the royal castle Týřov which was built according to the impregnable French castles in the 13th century. Similarly to this author of the famous poem “Máj“ (May) who wandered through this region two hundred years ago, people return to Týřov today to enjoy the view of Skryje which became famous thanks to the fossils of prehistoric animals called ´trilobiti´ (they were discovered near this village by the French researcher Joachim Barrande), the view of Týřovice where the popular non-fiction writer Miroslav Ivanov used to live and write, the view of the river Berounka – the beautiful and beloved river of the writer Ota Pavel whose stories from this region still entertain and move the readers to tears or the view of the deep woods above the brook Oupoř where the elusive poacher Fous used to hunt and which are the home of Dyma, the guarding ghost of Křivoklát´s woods whose coming is announced by the mist going up from the woods after a storm.
The Křivoklát region, which was proclaimed a gene bank of wood species by UNESCO in 1977 and a protected landscape area a year later, is a popular place of film makers who shot films for example with Angelina Jolie, Matt Damon or Elijah Wood there. The makers of the new film adaptation of the medieval love romance Tristan and Isolde even said that they travelled through the whole Europe but they found the most mysterious and romantic woods in the Křivoklát region. 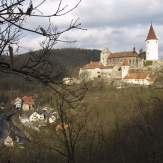 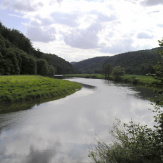 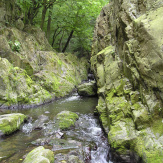 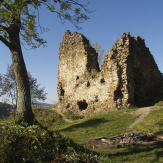 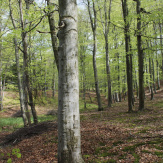 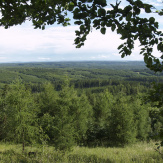 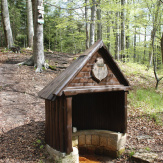 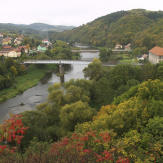 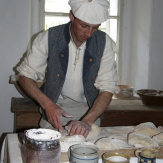 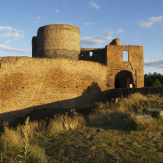 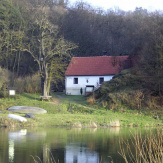 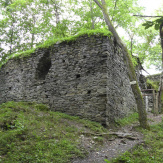 <Back to The Křivoklát Region upward